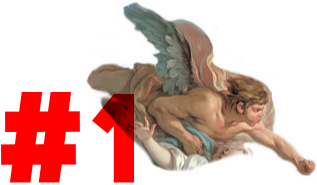 Joris Lacoste, Pierre-Yves Macé, Sébastien Roux
In trying to give voice to an era – our own – where the volume is turned up to eleven,
since 2007, L’Encyclopédie de la Parole has been collecting and analysing, one by one, hundreds of samples of everyday speech,
drawn from all possible sources – from the street, an academic conference, a YouTube clip –
building up a ‘precarious, shifting, living tribute to the diversity of oral expression’.
This exercise produces a particular tone of music, grafted onto the energy of speech:
a rhythmic fever with an infinitely variable melody.
This fourth suite, a final act, is suffused with the fading light of dusk.
Like all vocal recordings that evoke the aura of a vanishing event,
the aim (quoting Joris Lacoste quoting Paul Verlaine) is to bring to life the music of dear voices heard no more.
Original music by Pierre-Yves Macé and Sébastien Roux.
FIND OUT MORE: PRESENTATION BY JORIS LACOSTE

Castelló.Papoulia.Passalis.Pauwels.Schmid.Ugeux
A terrible accident.
Then every night, a man walks along a hospital corridor to lie beside his wife, lost in a deep coma.
They converse in silence.
The theatre’s musicians and artists worked together on the libretto by Efthimis Filippou,
all of them co-playwrights, in line with the egalitarian regime of Aggeliki Papoulia and Christos Passalis!
Angélica Castelló, the composer of the group, describes her work
as ‘focused on fragility, on the world of dreams and the subconscious’.
Premiered in Athens.
MORE INFO

EUPEPSIA, an archive of appropriations

Karin Harrasser & Eva Reiter, Fredy Vallejos, Matthew Shlomowitz
A conference-performance-concert devised by Eva Reiter and Karin Harrasser, Professor of Cultural Studies at the University of Linz.
In the 18th century, strange and magnificent hybrids of baroque and indigenous music began to emerge
from the Jesuit missions of the Bolivian Chiquitania.
Eupepsia puts this archive to work through a mixed instrumentarium that combines baroque and electric instruments.
Intrusion, hybridisation, appropriation, assimilation:
a reflection on the long-term effects of cultural violence.
MORE INFO

TELEGRAMS FROM THE NOSE [reprise]

François Sarhan, William Kentridge
To original music by François Sarhan and words by Daniil Harms,
South African artist William Kentridge evokes the late 1920s in Russia:
futurism and constructivism mingle with the minutes of the Stalinist trials.
Terror sets in, but against a wave of frenetic energy and unbridled artistic imagination.
Onto a canvas painted to resemble an old magazine boasting the progress of science,
Kentridge projects a feverish theatre of human shadows, running towards the triumph of the new man.
At Villeneuve d'Ascq.
MORE INFO 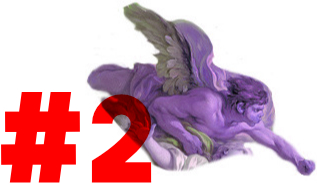 Opening Concert
In the industrial wasteland of Strasbourg’s port yards,
we are proud to open what young director Stéphane Roth describes as a new chapter of the Musica Festival.
200 minutes of music across four stages, a ‘festival within the festival’, and an audience invited to walk and mingle:
it will be a great festival of plurality (in writing, forms of modernity, ways of listening),
but also, we hope, the celebration of a certain timeless musical spirit:
highly engaged, very friendly, deeply serious, and in love with detail.
Alexandre Fostier on sound, Caspar Langhoff on lights.
MORE INFO

Another participation in the return of another famous festival: Musiques en Scène, now directed by Sebastian Rivas.
Prepare for a pop bias, a poor bias, a vocal bias.
LET US EXPLAIN OURSELVES

We will celebrate our 25th birthday at the Kaaitheater

in Brussels.
We will sing our love for breathing and strong winds,
through the extraordinary experience of Michael Schmid’s BreathCore – a pneumatic chorus, polyphony of breaths –
and with electronic artist Raphaël Henard as a special guest.
Sylvie Mélis (who worked with Rodrigo García, Tiago Rodrigues and Maud Le Pladec, among others), will compose a creation of light.
MORE INFO

New work : « La résonance des ruines » (Antoine Chessex)
Having spent his early years in the radical improvisation scene
– sometimes noise music frankly – with his saxophone plugged in to a guitar amplifier,
Antoine Chessex has evolved towards a fascinating interloping zone between writing and improvisation.
He carries in him something of Xenakis, as well as science fiction and parallel universes.
His accomplice Jérôme Noetinger is a virtuoso of Revox tape decks,
using them to rework musical matter ‘in real time’ – inside and out, in canon, at half speed –
contributing to the creation of a dizzyingly elastic musical time.
An Ancienne Belgique production, at the Ateliers Claus.
MORE INFO

Jürg Frey, percussion quartet
Jürg Frey composes the calmest music IN THE WORLD.
‘Metal, Stone, Skin, Foliage, Air’ unfolds the sound of steel, of leaves, of drum skin,
in a tempo that is always moderate and soft, with tones devoid of the slightest extravagance.
This music reminds us that asceticism requires more energy to perform than violent expression:
an energy that is captured in its intermediate state, tense and restrained, unyielding in its moderation.
Always resisting the slightest hint of supplementary expression.
To add nothing is the greatest discipline!
The result is an immense, singular beauty: Frey’s ear is never wrong.
At the Brigittines.
MORE INFO

Ana Torfs, Jean-Luc Fafchamps, Aurélie Lierman
On the initiative of visual artist Ana Torfs, here is a intimate performance of speculative music in quintet,
led by two composer-musicians, Aurélie Lierman and Jean-Luc Fafchamps, as an introduction to the screening of her only film "Zyklus von Kleinigkeiten" (1998).
We will play and sing new (and spicy) variations around Beethoven’s final composition, written in December 1826,
an ‘enigmatic canon’ – a kind of musical riddle scribbled on a scrap of paper,
which the composer was in the habit of handing out to his friends.
Beethoven’s final musical act sets the following aphorism to music:
Wir irren allesamt, nur jeder irret anders – We all err, but everyone errs differently.
MORE INFO

Eva Reiter, Ben Lerner
In 2015, our dear Eva Reiter divided the audience with her hyper-baroque Lichtenberg Figures for solo voice,
a large ensemble and light show. And for a Viennese it was more than welcome.
2020: the new chamber version, visually more demure, musically more tense.
Vienna and Hamburg in April.
MORE INFO

Festival ‘Drumming’, De Warande, Turnhout
A percussion concert around one idea: minimalism. Or rather minimalisms, in the plural –
they come in all sorts, for there is always something to subtract.
There is nothing sad about subtraction, nor is it a penance.
Rather, it is like children, who discard their expensive array of toys to play all day with three pebbles, a piece of string, or a reed.
To strip everything bare – what a joy!
Inventing a new virtuosity, like archery, precise movements, careful aim – you only have one chance.
MORE INFO

THE SEA OF DESPAIR

Béla Bartók, Klaus Lang
Like slabs of concentrated energy, Béla Bartók’s six string quartets are, with those of Beethoven, among the finest of the genre.
The legendary Fourth is a passionate negotiation between folk heritage and written composition.
Furious rhythmic ostinatos alternate with furtive and mercurial scherzos.
In the second part, Viennese composer Klaus Lang’s Sea of Despair
unfolds its immobile, hypnotic, almost sticky harmony over 45 minutes, as first revealed by Ictus at Bayreuth in 2018.
His textures for amplified quartet rival the art of the electronic ‘drone’, perhaps even surpassing it in their strangeness.
At the Brigittines again.
MORE INFO

The same Fourth Quartet by Bartók,
this time performed as part of the Opéra de Lille’s Wednesday concerts, in the form of a commented concert.
MORE INFO 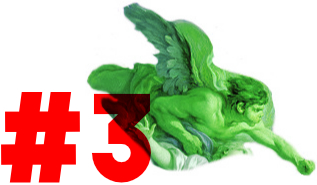 Gerrit Nulens, Tom De Cock
‘It has been so long since something so marvellous, foreign, new, strange and special has been discovered in contemporary dance,’
wrote Wiebke Hüster in the Frankfurter Allgemeine Zeitung..
MORE INFO

EINSTEIN ON THE BEACH

Philip Glass
Suzanne Vega as the narrator, fourteen singers of the Collegium Vocale Gent, and stage design by Germaine Kruip.
The full version of this strange 1976 ‘opera’, but in concert version.
‘A crucial experience in my life as a music lover,’ wrote Enrique Bert in Platea Magazine, Bilbao — sorry.
MORE INFO

Anne Teresa De Keersmaeker, Steve Reich
Choreographed in 2011 on Music for 18 Musicians by Steve Reich,
Rain is one of De Keersmaeker’s purest masterpieces, destined, it seems, never to stop touring.
And the unstoppable is what it’s all about.
MORE INFO

AT THE BOTTOM OF THE SEA

Gérard Pesson, Gavyn Bryars, Christopher Fox, Philippe Glass
‘The reason this ballad by Brahms has haunted me for so long is because in my memory it has always sounded the same,
rusting away slowly, like an object at the bottom of the ocean,’ Gérard Pesson wrote about Nebenstuck.
Festival Wilde Westen, in Kortrijk.
MORE INFO 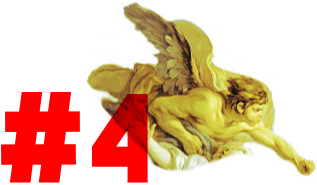 Like every year, we will follow a new class of students,
in partnership with the School of Arts Ghent and the Spectra ensemble,
for a post-master in contemporary music.

This academic year will unfold to the rhythm of:
masterclasses or workshops with Simon Steen-Andersen, Karl Naegelen, Malin Bang and Frederik Croene;
a collaboration with the P.A.R.T.S. dance school and choreographer Noé Soulier;
and concerts around the music of Jürg Frey, Fausto Romitelli, Joey Baron and Jesse Broekman, among others.
MORE INFO 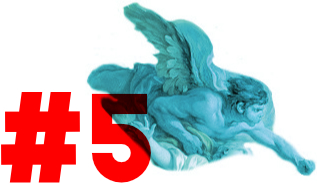 1.1. In March 2019, we received the ‘Ensemble of the Year’ award at the Klara Awards ceremony
(Klara is the Flemish public service radio for classical music).
1.2. At the same event, soprano Lore Binon was named ‘Promising Young Talent’ of the year.
We were doubly happy!

The press unanimously hailed our Einstein on the Beach tour.
‘Sublime’, ‘Radical and pure’, ‘Crucial’… — Blush. THE PROOF

Don’t hesitate to write to us if something sparks your enthusiasm ... or your perplexity:
in English to Gerd Van Looy, in Dutch to Tom Pauwels, in French to Jean-Luc Plouvier