Leonardo Melchionda (1992, IT) sound artist and performer, professionally trained in the field of classical and contemporary music, free improvisation and live electronics.

Guitars and electronics are ways to discover new possibilities of sound manipulation and musical language, and to trigger different states of temporal and spatial perception. Enriching the musical practice with other performative disciplines, the body gestures and the use of unconventional objects are necessary means to communicate a message that can be either heard and seen. Active as well in many collaborations, transdisciplinarity of arts and collective composition are the basic elements to produce an artistic experience out of the ordinary, combining music with dance, visual arts and media arts.

Active between Italy and Belgium, collaborated with Maurizio Pisati, Andrea Mancianti, Bart Maris, Ictus ensemble, among others. Premiered ensemble works by Alvin Curran and Giorgio Magnanensi with INCROCIorchestra, Fritz Hauser and Joris Blanckaert with GAME. Performed in festivals and venues such as AngelicA - Festival Internazionale di Musica (Bologna, IT), Muziekcentrum De Bijloke (Ghent, BE), Concertgebouw (Bruges, BE), Bozar (Brussels, BE), among others. Currently studying new music with Tom Pauwels and Ictus ensemble, attending the Master Na Master Hedendaagse Muziek at the Royal Conservatory of Ghent.

Graduated with distinction in classical guitar at the Conservatory of Bologna (2020) after studying with Piero Bonaguri and Walter Zanetti.
Graduated in philosophy at the University of Bologna (2018) with a dissertation in contemporary aesthetics about Theodore W. Adorno’s philosophy and Steve Reich’s music. 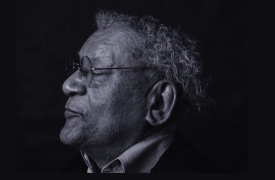 A project by Kobe Van Cauwenberghe after Anthony Braxton's scores. 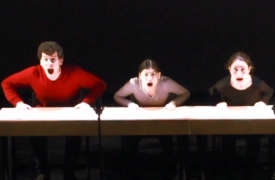