Asagi ITO is a Japanese saxophonist based in Brussels. She studied the saxophone at the Tokyo National University of Fine arts and Music and the Conservatoire National Supérieur de Musique et de Danse de Paris.

In 2015 she interpreted the Concerto in Eb by A.Glazounov with the Tokyo City Philharmonic Orchestra. As an orchestral saxophonist she is highly in demand in Japan and Europe.

She is invited as a guest teacher every year by the Asia Pacific Saxophone Academy in Thailand, and she is the assistant teacher in the Conservatoire Royal de Bruxelles. 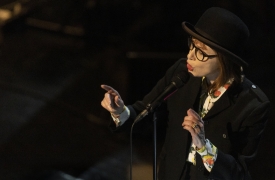 Einstein on the beach [concert version]