Soetkin Elbers was born in Brussels, where she studied singing at the Koninklijk Conservatorium Brussel with Dina Grossberger, followed by her studies at theKonservatorium Wien Privatuniversität* with Kai Wessel. Her passion for baroque music has lead her to specialise in the practise of baroque gesture, through a close collaboration with renowned baroque dance and gesture specialist Sigrid T'Hooft.

Her vast repertoire includes operas, oratorios, church cantatas, contemporary pieces, musicals, jazz standards, lieder - and many solo baroque chamber cantatas, which she loves to perform with baroque gestures. She is a core member of the Brussels baroque ensemble Les Abbagliati and collaborates as a guest with several ensembles, notably with Belgian early music ensemble RedHerring with whom she recorded the album "La Muse et la Mise (en Concert)" (2016).

Since her debut at the Theater Aachen as Le feu, La princesse and Le rossignol in "L'Enfant et les sortilèges" in 2012, she has been welcomed back each theatre season in Aachen to perform parts such as Tebaldo in "Don Carlo", Jano in "Jenůfa", Dorinda in Händels "Orlando", Hodel in "Fiddler on the Roof", and Amour in the Paris version of Gluck's "Orphée et Eurydice". In the 2017/18 production of "L'Incoronazione di Poppea", Soetkin not only performed the parts of Amore and Valetto, but rather unexpectedly found herself collaborating with stage director Jarg Pataki as a member of the production team, taking up the role of a baroque gesture coach, thus implementing historical acting elements into Mr. Pataki's modern staging.
The following season 2018/19, she performed the part of Love in "Der Kaufmann von Venedig", a singing role that Soetkin created through a close collaboration with jazz musicians, combining early music with jazz, pop and improvisation. Before the 2020 pandemic interrupted the theatre season, Soetkin tackled yet another challenge, joining the ensemble of actors at the Theater Aachen and starring as Girl in the David Bowie musical "Lazarus".

In the Summer of 2019 Soetkin was invited by her mentor Sigrid T'Hooft to assist the latter as a baroque gesture coach in the historically informed staging of the revival of the long-neglected opera "Merope" by Riccardo Broschi, at the Innsbrucker Festwochen der alten Musik.

In 2014 Soetkin was heard at the Stephansdom in Vienna with Bach Consort Wien under Rubén Dubrovsky, a concert that was broadcast by Austrian tv-channel ORF2 and in August of that year she sang the soprano parts in "Pigmalion" and "Anacréon" by Rameau with L’Orfeo Barockorchester (dir.: Michi Gaigg) at the donauFESTWOCHEN im strudengau (Austria).

During the Wiener Festwochen 2010 she debuted in Musikverein under Marino Formenti, performing "Credentials" by Roman Haubenstock-Ramati (broadcast by Austrian radio ORF). Later that year she received positive reviews (Opernwelt, FAZ) for singing the part of Diana in "L'Oracolo del Fato" by Gasparini in Schloss Damtschach (Austria). She was re-invited to Schloss Damtschach in 2012 to sing the parts of Euridice and Amore in "Orfeo ed Euridice" by Fux.

While still a student in 2007 she made her opera debut at the Opéra Royal de Liège where she performed several soprano parts in "The Fairy Queen" under Sébastien Rouland. In 2008 she sang the part of Dafne in Händels "Apollo e Dafne" under Peter Van Heyghen at the Badisches Staatstheater Karlsruhe (Händel Festspiele Karlsruhe) and in AMUZ in Antwerpen. 2009 included the recording of the vocal pieces on the album "The Forqueray Family" with Magdalena Malec (harpsichord) and Christoph Urbanetz (viola da gamba) for the label Brilliant Classics, and soloist performances of "h-Moll Messe" under Sigiswald Kuijken.

From 2014 until 2019 Soetkin Elbers hosted her own monthly radio show about music from Belgium, called "Brüssel Zentral" on German internet radio station ByteFM. 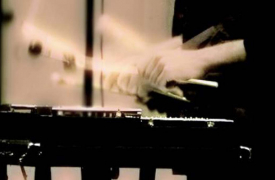