Slovenian guitarist Primož Sukič was born in Koper, Slovenia in 1986. He studied at the Academy of music in Ljubljana, at Akademie für Tonkunst Darmstadt, and at the HoGent conservatory where he specialized in contemporary performance practice with the ICTUS ensemble from Brussels. As a performer his main interests are exploring and widening the possibilities of his instruments, both classical and electric guitar. Through free improvisation and constant collaboration with composers of all generations (Nina Fukuoka, Natacha Diels, François Sarhan, Michael Maierhof, Richard Barrett among others) he is trying to expand the solo and chamber music guitar repertoire and is regularly presenting it on festivals and concert venues in Europe and united States. (Klangspuren festival, Bregenzer Festspiele, Aarhus Jazz festival, Spor Festival, Zvokotok, Slowind, Spectrum NYC ).

He is the founding member of the Brussels based duo The Third Guy, which is interested in exploring borders between composition and improvisation, and he's a member of ensemble Something out there, dedicated to perform music of composer François Sarhan. Besides that he also collaborates with ensembles ICTUS, IEMA, Soundinitiative, Vortex ensemble, Ensemble21, and Neofonia. He regularly works with dancer Jacob Storer from the Trisha Brown dance company, and musicians Tom Jackson, and Seijiro Murayama. He is also interested in exploring cooking recipes from all over the world, and following latest discoveries in space exploration. 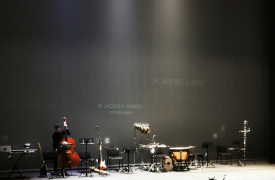 The theater of Speech, Volume IV 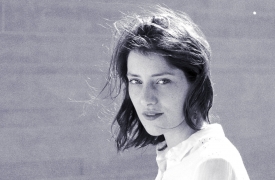 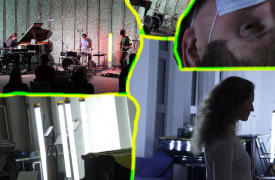 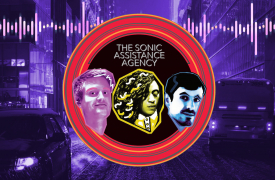 Students from the Advanced Master in Contemporary Music are presenting their latest achievements on three different occasions.
read more