Ilan Volkov has matured into a versatile conductor whose interpretations of familiar repertoire are sought after internationally. He enjoys a long- standing relationship with BBC Scottish Symphony Orchestra, as Principal Conductor from 2003 and Principal Guest Conductor since 2009. The 2022-23 season sees the start of Volkov’s tenure as Principal Guest Conductor with the Brussels Philharmonic.
A musical omnivore, Volkov also serves as a dynamic figurehead of the international contemporary music scene. He launched the Tectonics Festival in 2012, which has since become one of the world’s most diverse and acclaimed celebrations of new music. In 2020 he co-founded the I&I Foundation with Ilya Gringolts to support the development and performance of new music.
Volkov’s repertoire with a variety of ensembles spreads far and wide, and he often appears at the world’s foremost festivals and concert halls. Equally at home in opera, his extensive operatic ventures cover repertoire from Tchaikovsky’s Eugene Onegin to Britten’s Peter Grimes and Bach’s Actus Tragicus. Recently he conducted Samir Odeh-Tamimi’s new creation L’Apocalyspe Arabe for the Aix Festival 2021. 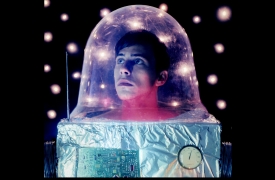 A WALK INTO THE FUTURE 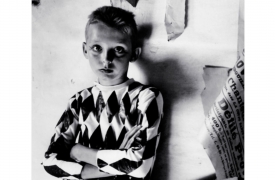